Aaron and Shauna Mullins couldn’t quite name the feeling they had. And when they could, they knew it was something they’d never felt before: inadequacy.

Everything they ever wanted seemed to come to them––even the hard things––so long as they put in a little bit of hard work. But when they wanted kids, they learned their work ethic only went so far. 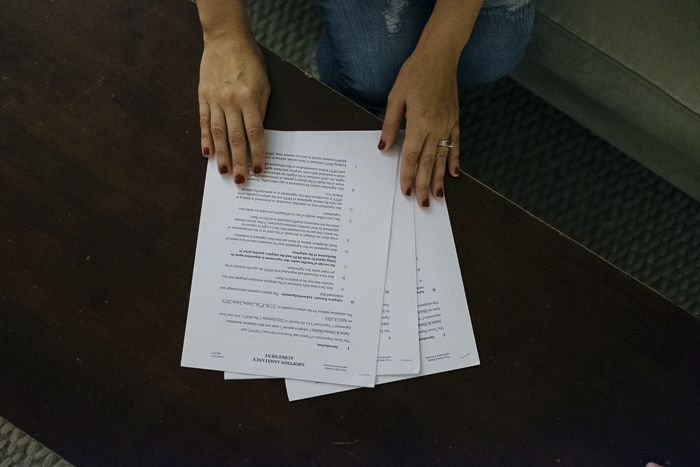 When they didn’t conceive the children they had once dreamed of, Aaron and Shauna considered fostering refugee children from the earthquake fallout in Haiti. When those children didn’t come, they decided to get trained and certified to foster children in the Texas system.

Then it became a waiting game. With each day came a call. With each call came the possible placement of a child or sibling group, ranging from newborn to two years old.

One day in August of 2010, a call bypassed every checkpoint Aaron and Shauna had set up. They were told about two severely neglected siblings, a 5-month-old girl and a 16-month-old boy.

Shauna felt it was the right time to say “yes” and called Aaron during his lunch hour to discuss the possible placement. Aaron, still unsure, said he needed time to pray. He sat at his desk with his head in his hands, God give us wisdom, and, uh, we’ll take whatever you have for us. 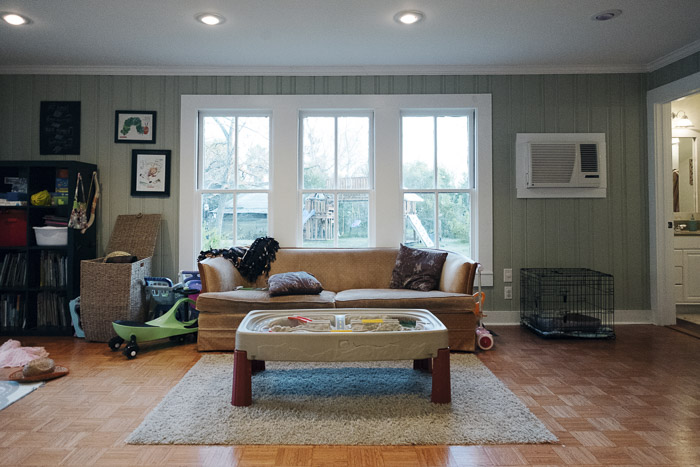 They agreed to open their home to the unknown, trusting the Lord to be strong where they felt weak. Within a few hours, their caseworker arrived with both of the children. Phillip and his baby sister, Tera, came across the threshold and––in an instant––made Aaron and Shauna the foster parents they felt half ready to be.

That first night, the new foster parents lied awake listening, ready for the sound of crying. Try as they could to close their eyes and relax, Aaron and Shauna’s anxiety only persisted with the silence coming from the next room. Phillip and Tera, meanwhile, slept straight through the night.

The next few days included doctor visits for the children and it didn’t take much examination to understand the first night’s silence: The children were healing from long term neglect. The kids weren’t crying at night because they had learned not to, and Aaron and Shauna couldn’t bear the thought of them ever being returned to that environment. 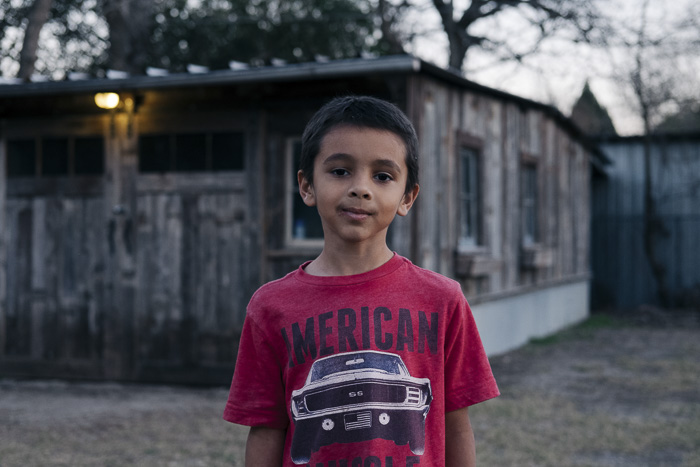 “You get to a point where––without even trying––you think, These are our kids,” Shauna says, “and they might leave and go somewhere that isn’t safe. That’s not what we want for them.”

The next few months were a sheer survival test for Aaron and Shauna. Even with the outpouring of love and support from their church community, Aaron had to get back to work and Shauna had to learn how to entertain two kids for 16 hours a day.

“You wake up in the morning and you don’t know what to expect,” Shauna says as she remembers the early days. “It’s like they could lose their minds today, or we could get a phone call and they could leave––all these firsts.”

Eventually, life started to feel normal. But then they got another life-changing call.

It turned out that Phillip and Tera’s biological parents had had another baby. The judge wanted to place the newborn, Lexi, with her siblings if Aaron and Shauna were open to adding another foster child.

They welcomed her into their home with open arms. 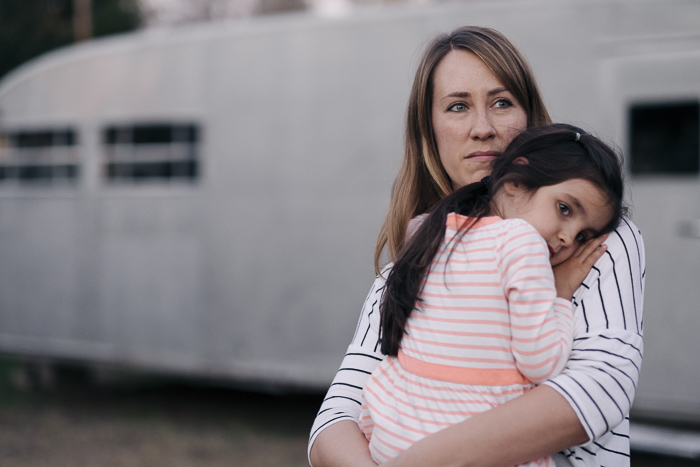 The children’s biological parents continued to show little will to regain custody of their kids, and the paternal grandparents got an attorney in an attempt to gain custody of Phillip, Tera, and Lexi. Because Tera’s documented signs of abuse came from a time when she lived with her grandparents, Aaron and Shauna felt like they needed to fight for custody.

If God is sovereign, Aaron remembers thinking, is the court system going to work out the way it should? Do we just trust in that? Or has God sovereignly given us the ability to hire an attorney?

“We came to the point where we realized that if we didn’t intervene, we were going to regret it,” Shauna says. 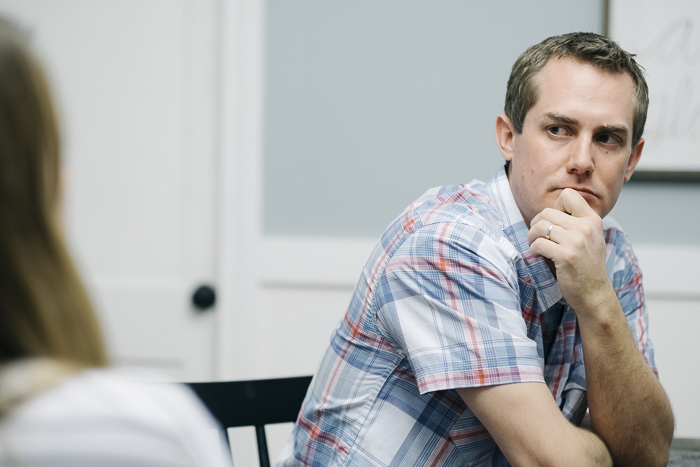 The Lord provided for them along every step of the rocky journey. A family in their community, with whom they had been talking through their decisions, gave them $1,000 to help with legal fees. Next, the prize attorney whose reputation they trusted granted them mercy, offering to attend mediation on their behalf for a fraction of her usual fee. When they heard that Aaron and Shauna had filed, the grandparents withdrew their request for custody. During mediation, the kids’ biological mom agreed to go into a separate room to discuss with Aaron and Shauna what was best for the kids.

“That she agreed to go talk with us separately was almost like an answered prayer we didn’t pray,” Aaron says. He said a quick, silent prayer of his own as they walked toward the room. Lord give me the words, let me speak well. 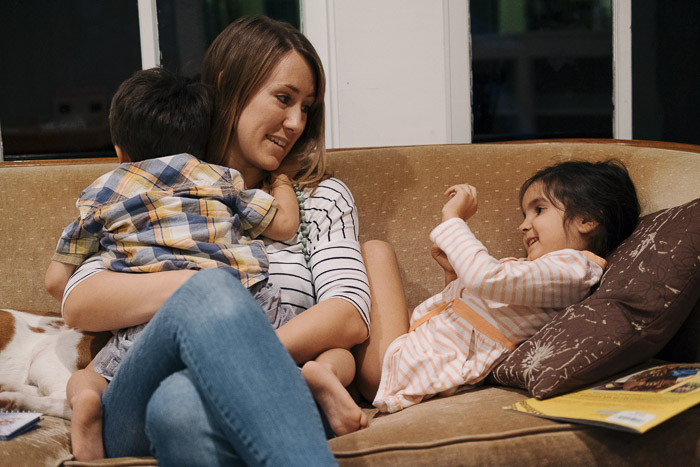 They used that time together to express their love and care for the kids’ biological mother, and reassure her that she could trust them to raise her kids. Surprisingly, she decided to relinquish her rights before they left the room, answering their prayers and avoiding trial. The court later awarded custody to Aaron and Shauna, and their three guests became their legally adopted children.

“That was awesome, and that was the worst day ever, realizing all we gained and all their biological parents lost,” Shauna recalls.

Until one day the caller ID on Shauna’s phone made her heart flutter.